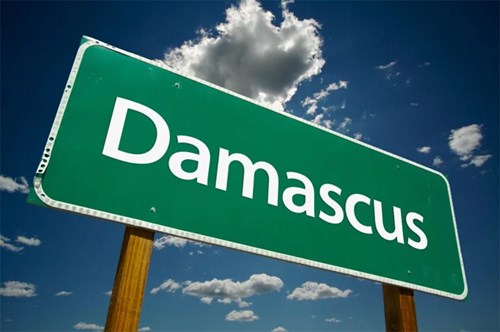 12 years ago this week the merchant banks started to collapse, leading to the Global Financial Crisis and the subsequent Great Recession that wrecked the global economy for nearly a decade.

Completely alone among major advanced economies, Australia sailed through the worst economic crisis since the Great Depression. Not only did we avoid recession, we protected jobs, businesses, livelihoods, and we emerged on the other side stronger, while our peer countries descended into a decade of economic crisis, with the political shocks still reverberating 12 years later with the far right ascendant around the world and a dangerous ignoramus leading the free world.

How you view Australia’s experience relative to the rest of the world over the last twelve years depends entirely on why you think we remained standing in 2008-09 while others succumbed.

A week ago, this was somehow still in dispute – had been for all of the proceeding 12 years.

Until a few weeks ago, Australian conservatism – the LNP and their helpmates in the media and business – were still loudly insisting fiscal stimulus was unnecessary. Always had been; always would be.

And though there will be a Colonel Kurtz faction of Australian conservatism that will howl this message into the wind until the end of time, the Morrison Government has just quietly shelved it.

To coin a phrase; attempted imitation is nearly the sincerest form of flattery. If this last week finally ends the argument that governments should never stand in the way of the cleansing fire of recession, well, some good will have come of whatever lies before us.

As Treasurer in 2008, I had a front row seat in the national and international crisis response that followed the onset of the GFC.

What lessons should we learn from it, especially now as the economy faces another moment of truth?

The Coronavirus has given confidence a serious knock. Instead of a run on the banks we’re witnessing a run on supermarket toilet paper aisles. Clearly, herd mentalities are powerful forces globally, particularly in this era of social media.

The streets are going quiet. The shops are emptying of customers and goods. The walls are going up. Last Thursday’s decision of the United States to effectively close its borders was one of those decisive moments that signalled there is now no stepping back. Things on the street seem different. Eerie. Some have begun to panic.

And yet, we’ve been here before, economically at least.

How can we forget?

In March 2008 Bear Sterns went under.

Just as many doctors knew months ago that the events in Wuhan had frightening potential, the world’s finance ministers, me included, knew the potential banking contagion could be the harbinger of something deadly, and began to prepare.

When Lehman Brothers collapsed in September, our worst fears were made real. The global banking system teetered on the edge. Thirty major international banks had to be bailed out. All G7 economies were recording negative growth. Global stock markets were down 50 per cent through the year.

We acted to address it.

If we had one big advantage on today, it’s that the men and women making the big international decisions were still statesmen and women, not baseball cap wearing buffoons or scarecrows in a suit. They were serious centrists, not nativist populists, people who believed in global cooperation and sound economics, and who could face the truth, not dismiss it as fake news.

Australia was proudly part of the global effort. In fact, we were in the vanguard. As I’ve said, we came out of the crisis in the best condition of any advanced western nation. Labor’s measures earned plaudits from the world’s most renowned economists and economic organisations.

What did we do?

In a series of stimulus measures, we pumped many billions of dollars of spending power and confidence back into our economy.

We extended the seventeen years of growth we inherited from the Hawke-Keating era by at least another dozen years and increased the size of the economy by more than one-third—a remarkable feat.

And we did it all in the teeth of trenchant domestic opposition.

Not a single positive comment was ever uttered nor has been uttered since by the then opposition about the role economic stimulus played in addressing the greatest economic catastrophe since the Great Depression.

Time after time, the Liberal Party’s then spokesmen told us that stimulus wasn’t needed, that it would needlessly push the Budget into deficit, not save a single job and make a recession more likely—in fact, inevitable. At one point of the recovery cycle, in December 2011, they even threatened to plunge our economy into chaos by raising the prospect of blocking an increase in the $250 billion limit on public sector borrowing. Given how they have blown the national debt out since then, it was a breathtaking act of stupidity, selfishness and hypocrisy.

In other words, they couldn’t bring themselves to put the interests of the nation before their economic ideology.

History shows they were wrong, completely wrong—something they now can’t bring themselves to openly and honestly admit.

On one level, you’ll be wondering why it matters that the conservatives are unrepentant about their record of denial and denigration.

I’ve been asked that question many times over the last 12 years, and my answer was always the same: it doesn’t matter because I’d like an apology and a victory lap. It matters, because the stubborn wrong-headedness of their economic thinking was always a risk should a real crisis happen on their watch.

And now it has.

For the good of the nation, I welcome the Government’s belated Damascene conversion.

But their record means that the price of Australia coming through this crisis will be eternal vigilance when it comes to their words and their actions. They deserve and require unrelenting scrutiny of motives and competence. Questions such as:

Will they be able to sustain the effort as long as it takes to keep growth going? Because even if the Morrison Government’s rhetoric proves temporary, the downturn mightn’t be.

You may recall that the stimulus package in 2008-09 came in two parts. The first got money back into the pockets of householders to get the economy through to Christmas. We started preparing a second package the moment we finished the first. The second one was to get investment going again. Where are those measures? Will there be any? We shall wait and see.

The next question is one many mainstream economists are also raising: Does the stimulus reach everyone it needs to?

I applaud the idea of putting money into the hands of those who will spend it rather than save it—like the unemployed, pensioners, Commonwealth Health Care Card holders and the like. But will this on its own prove enough in an economy in which low- to middle-income earning families comprise the bulk of aggregate demand and whose current lack of spending power has been acting as a brake on the economy for far too long? In other words: Can consumer confidence be restored when the overwhelming bulk of consumers are being left out?

On first blush, the broad outlines of the package – especially the tilt towards business (laudable though the measures themselves are) – raise the question of whether the design was influenced by a desire not to look too much like our 2008 measures – surely a petty and dangerous consideration in such extreme times.

And the third question is: Is it too late?

The Government can claim all it likes that this stimulus is only possible because they’ve restored the economy to strength, but their claim doesn’t wash.

We all recall them after last year’s Budget inventing a whole new tense in the English language – the past future – with their claim “we’ve brought the budget into surplus next year”. Apart from demonstrating the absurdity of their marketing spin, what have they really done?

The reality is that under their watch the economy has gotten steadily weaker.

The Coronavirus is only the latest jolt to a long-weakening economy. It’s never nice to get hit by a big and unexpected left hook, but it’s even worse when a series of jabs and punches have already left you wobbly at the knees.

In a fashion eerily familiar to the recent bushfire crisis, leading economists have been warning the Morrison Government for some time that the economy was in a vulnerable condition.

They have been right.

Since the December quarter 2017 quarterly per capita GDP growth has averaged a miserable 0.1 per cent.

Wages have been flatlining.

Consumer sentiment is gloomy and household spending has been weak.

Almost one in eight people in Australia are either unemployed or can’t get the hours of work they want.

When you factor in population growth, we have had zero improvement in living standards over the last couple of years. Zero improvement! Some call it a per capita recession.

It’s no wonder therefore that the Reserve Bank Governor has been pleading with the Government to be more aggressive on fiscal policy.

Unlike the negative hopes they had for my stimulus package in response to the Global Financial Crisis, I hope the Government’s package succeeds in avoiding a recession. But I fear that in order to do so, it’s going to have to be a sustained package—as well as one that remedies the big underlying problems faced by the Australian economy today: the lack of demand being made worse by the growing inequalities of our society. And I wonder, honestly, if they’ve got it in them.

Click here to return to all National President media items