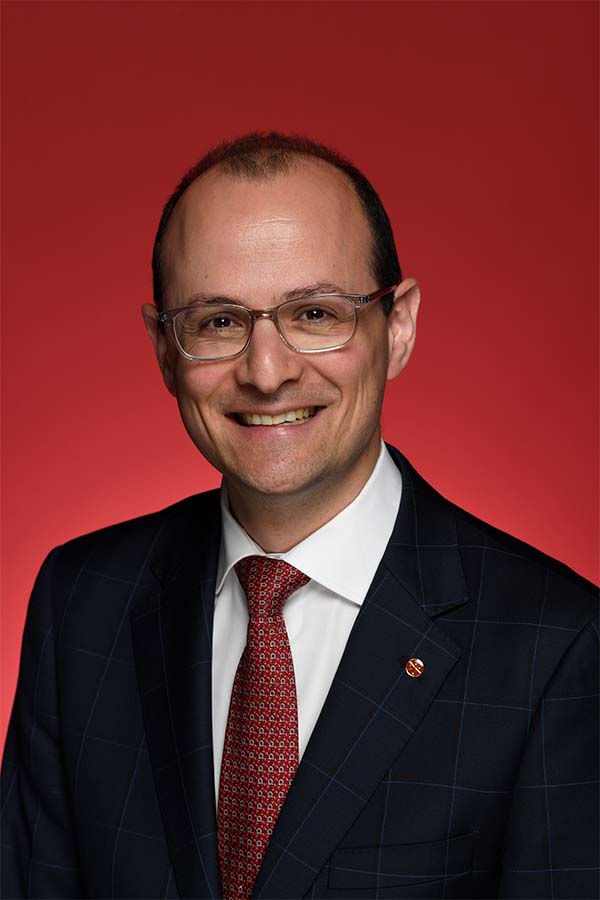 The son of Italian immigrants, Raff grew up in Melbourne’s south east. Raff’s father was a machinist and his mother a seamstress. They believed that with hard work and dedication Australia was the best place to raise a family. His parents worked hard to give Raff and his brother the very best opportunities in life.

Driven by his parents’ example Raff started his working career as a teenager at the local dry cleaners. Raff believes a quality education and the opportunity of a decent job with fair pay and conditions is the right of all Australians. He joined the ALP in 2000, inspired by Steve Bracks' campaign to roll back Liberal cuts made in education and health and to limit the impacts of industrial relations reforms that hurt workers.

After graduating, he initially worked in financial planning but his real passion lay with making a meaningful difference for working people. He went to work in the union movement at the SDA where he has been a tireless advocate for decent pay and conditions for retail workers. It was this work that lead Raff to become an adviser to Senator the Hon. Jacinta Collins, primarily working in workplace relations.

Following the 2013 Federal Election Raff returned to the SDA, working to ensure that retail workers have a decent wage that includes penalty rates, overtime allowances and paid leave.

Access to the highest quality health care for every Australian and the importance of preventative healthcare lead Raff to volunteer at his local community health organisation, Link Health and Community. Raff recently retired from the Board of Directors after nine years of service. A staunch defender of Medicare, Raff understands just how important a decent and accessible health care system is for every Australian.

Raff knows that only Labor will deliver a fair go for Australia. That is why he has dedicated his adult life to supporting the Party which will stand up for working Australians.