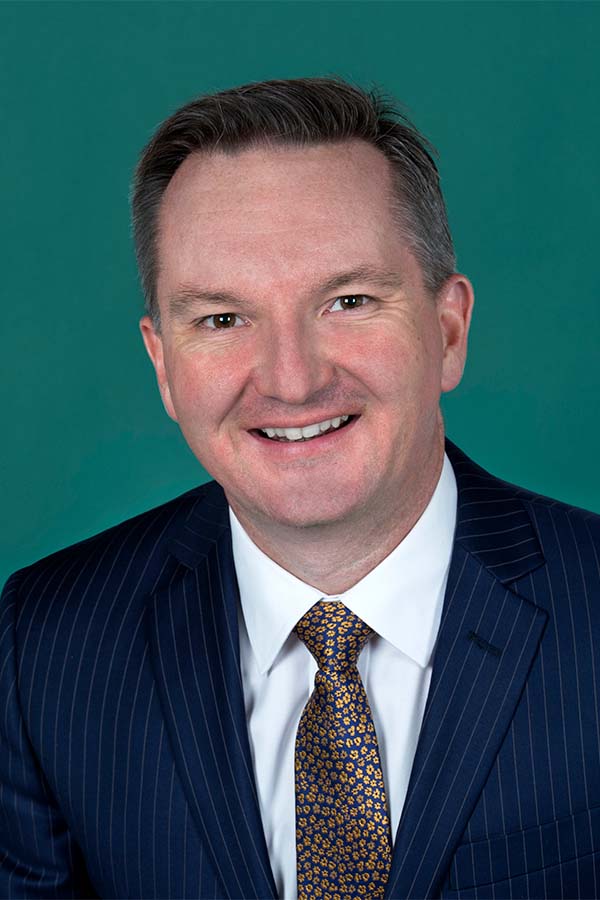 Minister for Climate Change and Energy

Chris grew up in Smithfield in Western Sydney, attending Smithfield Public School and St Johns Park High School. He graduated from the University of Sydney with a Bachelor of Economics. He has also a Master’s Degree in International Relations and a Diploma in Modern Languages (Bahasa Indonesia).

He joined the Labor Party in 1988 and was elected to Fairfield Council in 1995, serving as Mayor of Fairfield for 1998 and 1999. He also served as President of the Western Sydney Regional Organisation of Councils from 2000 to 2002.

Chris entered Parliament in 2004 and has held a wide range of portfolios including serving as Treasurer, Minister for Human Services, Minister for Immigration, and Minister for Small Business.

He is currently the Minister for Climate Change and Energy.

Chris lives in Smithfield with his wife Rebecca, children Grace and Max and his Labradors Ollie and Toby and is a keen supporter of the GWS Giants.