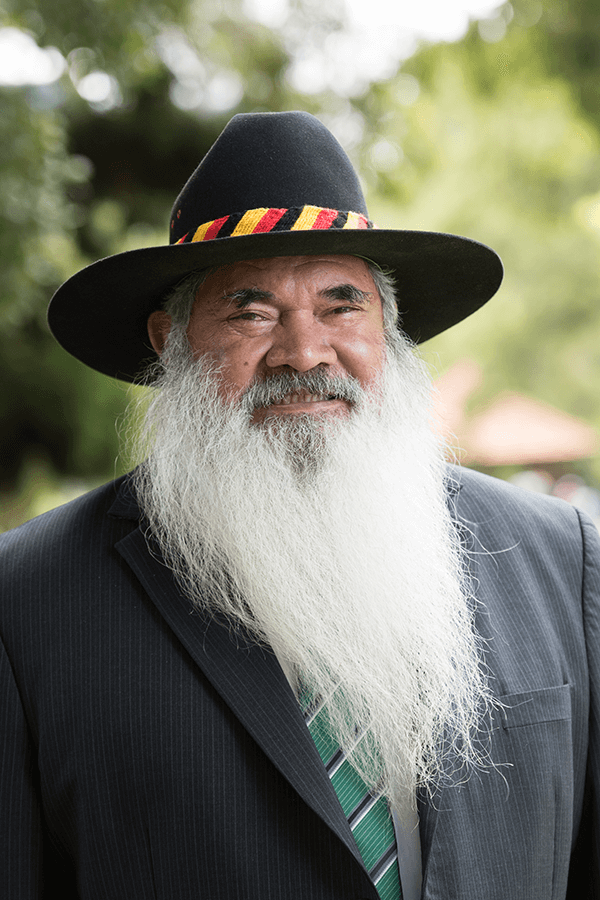 Patrick Dodson is a Yawuru man from Broome in Western Australia. He has dedicated his life work to being an advocate for constructive relationships between Indigenous and non-Indigenous peoples based on mutual respect, understanding and dialogue. He is a recipient of the Sydney International Peace prize.

Patrick has extensive experience in Aboriginal Affairs, previously as Director of the Central and Kimberley Land Councils and as a Commissioner in the Royal Commission into Aboriginal Deaths in Custody. He also served as inaugural Chair of the Council for Aboriginal Reconciliation and as Co-Chair of the Expert Panel for Constitutional Recognition of Indigenous Australians.

Prior to his endorsement by the Australian Labor Party as a Western Australian Senator in March 2016, Patrick was a member of the ANU Council, Adjunct Professor at the University of Notre Dame (Broome) and Co-Chair of the National Referendum Council.